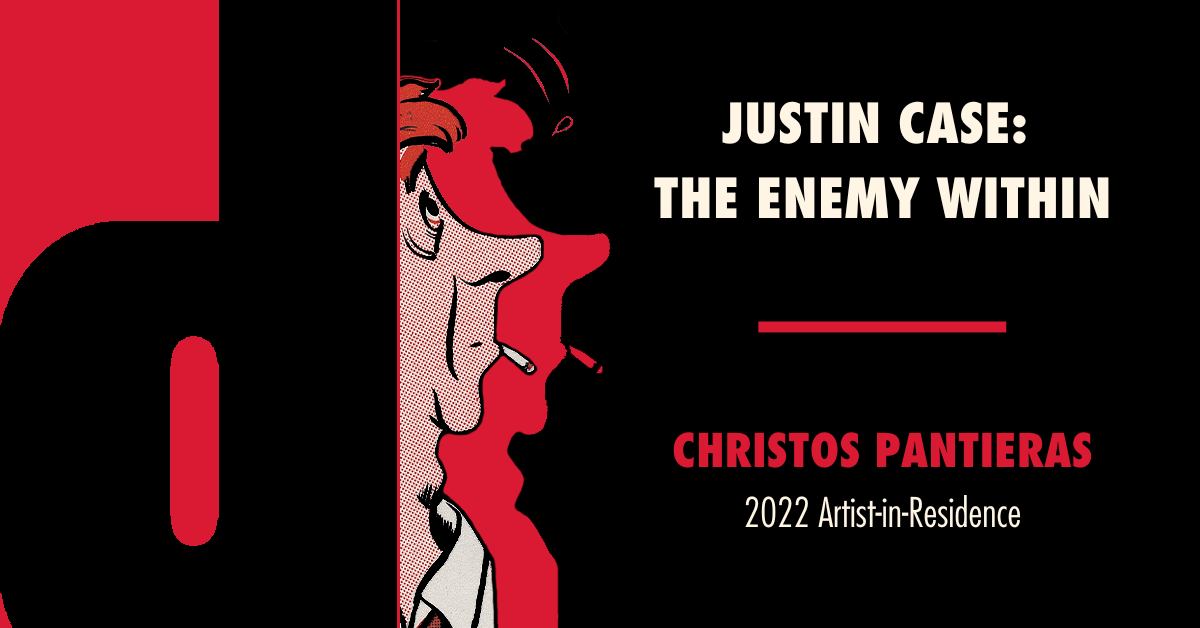 Justin Case: The Enemy Within

Through a multi-layered installation and a series of reinvented propaganda posters, this exhibition explores the LGBT Purge and the resulting personal struggles of those in the 2SLGBTQ+ community. Pantieras addresses the hidden and “underground” nature of homosexuality in Canada over a period that began in the 1950s during the Cold War and continued up until the mid-1990s.

Who is Justin Case and what is his truth? Civil Defence Canada’s comic fictional character Justin Case, originally a mascot to promote preparedness and safety, takes on a new life under cover.

Reimagined as a decorated RCMP Investigator, he is tasked with seeking out and dismissing queer people within Canada’s civil service and Armed Forces. The truth? Justin Case is a closeted gay man who turns double agent to secretly destroy evidence against fellow queers.

Can he save his comrades and keep his own secret?

Justin Case: The Enemy Within opens on Friday, October 14, 2022, and runs until Wednesday, February 15, 2023. Admission to the exhibition is included with general admission to the Diefenbunker (both guided and self-guided tours).

What if you were deemed a security risk for simply being who you are?

This was the reality for thousands of Canadians who were subjected to what became known as the “LGBT Purge.”

Beginning in the 1950s, during the Cold War, and continuing up until the mid-1990s, Canadian civil servants, RCMP employees, and Canadian Armed Forces personnel who were perceived or discovered to be 2SLGBTQ+ faced systematic discrimination. They were secretly investigated, questioned, and then dismissed because of their sexual orientation, which was considered a “character weakness.”

These traumatic acts continue to impact lives today. Learn more about the LGBT Purge and present-day reconciliation efforts through the LGBT Purge Fund.